For over a decade, Antonio GonzÃ¡lez-Prendes has advocated for social justice and cultural humility in Detroit

Antonio GonzÃ¡lez-Prendes received his Master's in Social Work degree from Wayne State University in 1992 but he has been on and around campus for nearly a half-century with Detroit becoming his adopted home. 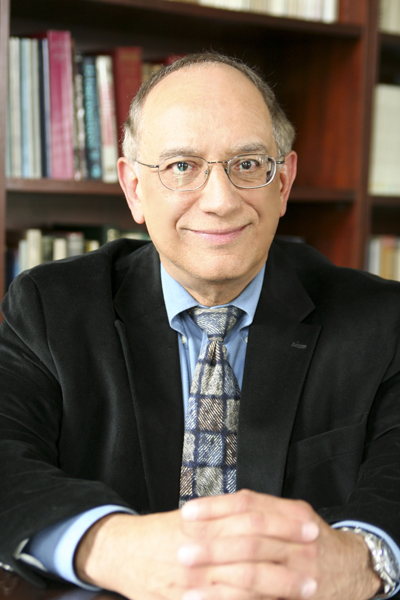 Antonio received his undergraduate degree in Psychology from Spring Hill College in Mobile, Alabama and worked for many years in the business world. By the early 1990's Antonio yearned to explore in-depth the various ways individuals are affected by social philosophy factors such as aggression, societal attitudes, stereotypes and social influences. The Wayne State School of Social Work Master's of Social Work Program was the perfect fit. Antonio remembers his time as a student on campus fondly and was greatly influenced by professors who took a holistic approach to teaching and helped point his career in the right direction. The connections Antonio made as a Social Work Warrior have lasted a lifetime resulted in deep personal and professional relationships that continue to this day.

Upon receiving his degree from Wayne State, Antonio worked at the Detroit Wayne County Mental Health Services (DWCMHS) in west-central Detroit. DWCMHS provided Antonio with the opportunity to focus on working with individuals and groups addressing their mental health and substance abuse disorder needs. Following his time with Wayne County, Antonio had several stints with community-based agencies as well as the State of Michigan. It was during this time, he found his passion for clinical work and went back to school for his certification. Antonio enjoyed the work so much he stayed in clinical practice for nearly a decade.

While pursuing his Ph.D. in Education at Wayne State, Antonio was approached by former Social Work Dean Phyllis Vroom, who was on his dissertation committee, to teach in the M.S.W. cognitive behavioral track. Antonio's career came full circle at Wayne and he found he really enjoyed stepping into the teaching role and interacting with students. Their eagerness to learn as well as the symbiotic relationship that goes back and forth between teacher and student was an unexpected joy.

It is over a decade later and Antonio still calls Detroit and Social Work his home as an Associate Professor and lead teacher for the M.S.W. program cognitive-behavioral track. "I tell my students to focus on the School's urban mission to promote social justice while encouraging them to possess cultural humility," stated Antonio. Antonio has interacted frequently with the Detroit community over the years and has served as a consultant and trainer to local agencies on issues of mental health and substance abuse treatment. "Detroit provides rich and compelling experiences not only for our students, but for me as a researcher as well. It has given me the opportunity to connect with community partners and Detroiters who hold a wealth of valuable and diverse lived experience."

When looking to the future, Antonio encourages his students to study hard, utilize the active advising and support services available in the School to pass their licensure exam and focus on absorbing the wealth of experience available in their field placements. When looking to the future, Antonio plans to continue his research on anger and believes that the intersection between mental health, substance abuse and incarceration is one of the biggest hurdles we face as a society. Social workers are the largest mental health providers in the nation and Antonio takes great pride in teaching the next generation who will tackle these issues and empower social change in Detroit and beyond.