For over 45 years, Joel Engel has been committed to utilizing the skills and knowledge he gained from his master's in Social Work at Wayne State University to empower change in the lives of children and families. 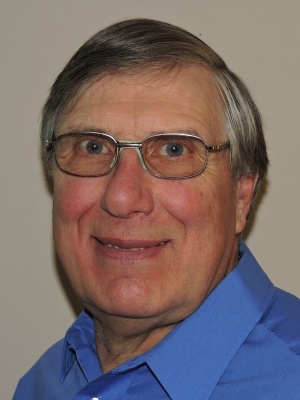 Having grown up in Southgate, Joel was not a stranger to Wayne State's 190-acre urban campus nestled in the heart of Midtown Detroit and knew the School of Social Work's commitment to hands-on training and partnerships with local organizations was just what he needed. While working in Toledo, Ohio for Lucas County Childrens' Services Board, Joel received a grant to pursue his graduate degree. After looking into local programs, including those at the University of Michigan and WSU, Joel selected WSU and began working towards his MSW in 1972.

The School of Social Work really embodied their mission of helping others and working hand-in-hand with the Detroit community. That strong connection and commitment to Detroit is what drew me to Wayne State for my MSW degree. - Joel Engel

One of the most impactful learning experiences for Joel was the field education component of the program. Joel's first placement was at a state psychiatric hospital and the second with Child and Family Services. "I took the lessons I learned while at my field placements with me throughout my career, including the importance of proper documentation and meeting my clients where they are. My field experiences were very different from one another and I appreciated that. It broadened my horizons and helped me understand my clients and the struggles they faced from a different perspective," stated Joel. "Social workers have the ability to pursue many different career paths and my field experience really drove that point home."

Upon graduation in 1974, Joel spent five years working for Lucas County Children Services Board in Toledo assisting children and families in foster care and crisis intervention. Joel then moved briefly to western North Carolina working at a CMH inpatient psychiatric hospital before returning to the mitten state in 1979. For the next 18 years, Joel worked as a school social worker in public schools in Michigan, and since then has worked in independent practice.

At its core social work is more than just a helping profession, it's a teaching profession. I provided individuals with the information and ability to create their own resolutions to life's hurdles, ultimately allowing them to tap into their own strengths for positive change.

As Joel nears retirement with a few telehealth patients, he looks back on those that helped him along his journey of helping others. A key player was his wife of nearly 49 years, Linda. She has been by Joel's side from the beginning and as an English major, she would often critique his college papers. "Linda and I work well together and she has been my office manager for the last decade," stated Joel. "She allowed me to do what I love and has been a true partner in life. We do everything together, including riding a tandem bike!"

My advice to students - believe in yourself. And listen, let people tell their stories, give them the tools for change and hold them accountable. I wanted to make a difference in people's lives and the world around me. If I could do it, you can too.