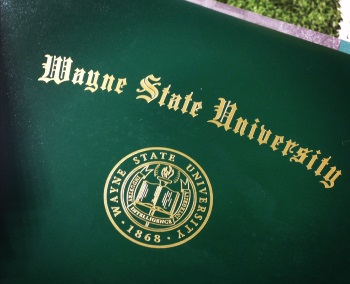 The fund gave the school $30,000 to create the scholarship, which recognizes scholastic achievement and encourages continued progress to students in financing their education. Preference will be given to full- or part-time graduate or undergraduate students whose field placements are located at a Jewish agency in Metropolitan Detroit or in the area of geriatrics practice in the region.

Scherr, who holds a Bachelor of Science as well as a Master of Business Administration from Wayne State University, has been a certified public accountant since 1971. Beginning in 1968, he worked for the Internal Revenue Service for five years as a field auditor and in a variety of administrative positions. Subsequently, he worked in the private sector as controller and chief financial officer for two large multi-level real estate companies until his retirement in 2011. He has served on the board for Jewish Senior Life, which is the branch of the Jewish Federation dealing with housing and care for the elderly.

"I am pleased to support an organization like the Wayne State School of Social Work, which is doing important work for the community," Scherr said of the gift.

For additional information on making a gift to the School of Social Work visit our giving page. View more Social Work Warrior alumni and donor spotlights.