Social Work Activists in Action: The story of Milt Tambor

Housed in the heart of Detroit, the Wayne State University School of Social Work is committed to listening to and engaging with our community to advance social, economic and environmental justice. We take this responsibility seriously and recognize the role that such partnerships have in strengthening community capacity to address current and future challenges. In times of crisis, such as the current national call for racial equity and social justice, social workers spring into action and work with communities to empower sustainable change.

It is with this mission of both our School and profession in mind that we invite our Warrior Community to explore the rich history of social work activism through the stories of our trailblazing alum. The third in our Social Work Activists in Action series highlights community organizer and MSW alum Milt Tambor. 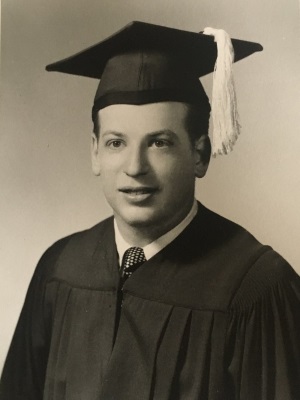 What led you to Social Work?

I began my Wayne State journey by earning a bachelor's in psychology and then went on to the field of social work earning my MSW in 1963. I knew the School of Social Work would provide me with the hands-on direct practice experience I needed to excel in the workplace. At the time, the School offered a group work sequence that fit my activist inclinations and humanitarian ideals. I really appreciated that my education not only included the establishment of the day-to-day skills I needed but also introduced me to the history of social work and noted psychoanalysts like Erich Fromm. Fromm wrote "The Sane Society" and noted that only a socialist society could promote the full development of self. During my time at WSU, I embraced these ideals and continued to use them as a guide throughout my career.

What was the cause/movement you focused on during your career?

As a white graduate student, my two field education assignments were eye-opening. At the Jeffries Housing Project and Dodge Community House, I learned about life in the inner city, the entrenched patterns of school and housing segregation in Detroit and the cruel consequences to its African American residents. After graduation, I began working at the Jewish Center organizing youth programming. Several years later, I landed the challenging job of center director with the UAW Retired Workers Centers (UAWRWC). Little did I know then that I would be embarking on a career in organized labor with engagement in a broad range of peace and justice movements. 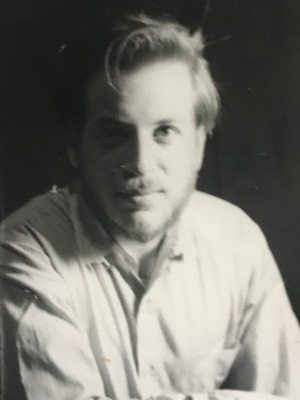 In planning and organizing programs for the retirees at UAW Local 600, I discovered that the UAWRWC staff were represented by a union - the American Federation of State County and Municipal Employees (AFSCME) Local 1640. The AFSCME local represented professional social workers, para professionals, clerical and maintenance workers in Metropolitan Detroit nonprofit agencies. I immediately volunteered to serve on the union bargaining committee. That initial introduction to collective bargaining was indeed memorable. I could not imagine a more democratic process for determining wages, hours and working conditions in a workplace.

In 1968, bitten by the union bug, I became full-time president of AFSCME local and remained in that office for the next ten years as the chief union negotiator with fourteen social agency employers. In that same year, 1300 African American sanitation workers represented by AFSCME went out on strike in Memphis, Tennessee. Martin Luther King, Jr. came to Memphis to support the strikers and on April 4, King was assassinated. Four days later, I joined Michigan AFSCME members on a bus ride to Memphis for a march honoring King. The march was like none other-complete silence. The power of that silence resounded among the 40,000 marchers. I considered that march my initiation into the civil rights movement.

As president, I acted as chief union negotiator with fourteen social agency employers. In 1969, I led a strike of 500 nonprofit agency workers demanding that the funding bodies of the Torch Drive be a party to the collective bargaining process. A citizen review committee helped to reach a strike settlement. Drawing upon that experience, I have written about social work unionization and collective bargaining for journals, Encyclopedia of Social Work and as a PhD dissertation subject. Some of that content was also incorporated in a graduate class I taught "Social Work Issues in the Workplace".

After twenty years with Michigan AFSCME as a staff representative and labor educator, I retired and moved to Atlanta with my wife Linda Lieberman. In 2006, I founded the Metro Atlanta Democratic Socialists of America (MADSA) serving as chair for twelve years as the membership rose from 150 to 1,000. MADSA activities included hosting a Douglass Debs Dinner honoring local activists, promoting socialist education programs, opposing evictions, joining the Fight for 15, partnering with Jobs with Justice and supporting the Bernie Sanders presidential campaigns.

What tips do you have for activating change in communities? 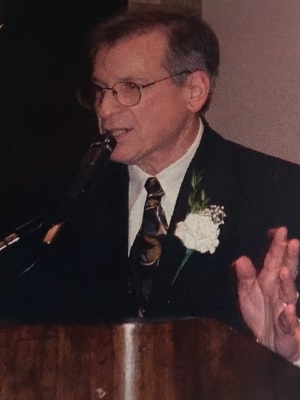 Find common ground. Throughout my career, I worked to bring people to the table that had differing views and ensure everyone's voice was heard. When you are passionate about something, like my anti-Vietnam war organizing in the 1970's and my work with labor activists challenging the U.S. intervention in Central America in the '80s and '90s, it is important to recognize the expertise of those who you are advocating for. Listen to them and find common ground to work together towards a common goal.

Be diligent. I spoke at union halls and on college campuses, chaired planning meetings, organized strikes, joined in protests (which sometimes meant getting arrested - like in 2009 at a Wells Fargo office protest where I demanded the bank halt foreclosures and institute loan modifications for homeowners), attended peace conferences and conventions throughout my career - all with the goal of advancing social justice. It is easy to look the other way when we see injustice; the hard part is standing up for the marginalized and vulnerable in our community when most of society wants to ignore their pleas.

What advice do you have for students and social workers in the field who want to empower social change in their communities?

The advice I would give to activists and social change agents boils down to the following ten commitments that are outlined in my memoir "A Democratic Socialist's Fifty Year Adventure."