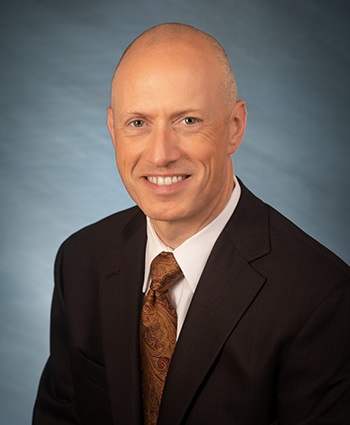 As the president of Sculati Wealth Management, LLC, one would assume David Sculati traveled the traditional academic path to a top position in the business sector. This assumption, however, is not the case for David. David's collegiate career started in the Wayne State University School of Social Work where he earned his bachelor's degree (BSW) and a foundation of principals that he has used for decades to cultivate a successful career in wealth management.

David began his academic career in 1992 after applying to Wayne State and the highly respected BSW program. David's path to college was a non-traditional one having completed an adolescent treatment program at the age of 16. This experience gave David the unique advantage of utilizing his own personal therapeutic story to gain a greater understanding of social work principals from both the clinician and client perspective. While at Wayne, he took advantage of the student support services offered in the School and individual attention from faculty and staff, many of whom worked in the field. With the support of his close peers and faculty, David completed his BSW degree in 1996.

After graduation, David began his career in the business world with Dean Witter and proceed to work at Morgan Stanley as an account executive in the investment business sales training program. In 1997 David partnered with a colleague to launch White Pine Investment Company and in 2012 he ventured out on his own launching, Sculati Wealth Management, LLC, where he currently serves as President.

David credits his career success with an innate business sense supported by his background in social work. David's BSW degree helped him develop skills he uses to this day including relationship building, establishing trust, listening, empathy, and assisting clients as they navigate difficult discussions.

Helping clients through turbulent times requires discipline and making the right choice, both of which were skills David learned while at the School of Social Work. 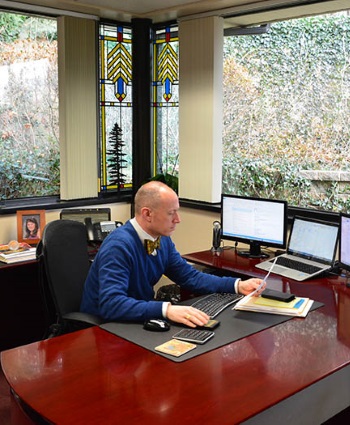 Like many Warriors, David has chosen to give back to the organizations and people who have helped him along his journey. For David, this includes serving for nearly 20 years on the board of directors of Growth Works, Inc., the treatment center he attended as a teen over 30 years ago. He currently serves as President of the board. Growth Works, Inc. is a nonprofit agency in Plymouth, Michigan that offers substance abuse treatment services to adults and youth as well as case management services to western Wayne County.

David's story as a Warrior did not end when he became an alum in 1997. David's daughter Eleanore recently applied to the WSU College of Nursing and David, his wife Carrie, and son Anderson look forward to supporting Eleanore through her Warrior journey.