When native-Detroiter Althea Grant graduated from Cass Tech High School she had her sights set on a career in medicine; however, life had different plans. After earning a bachelor's in Sociology from Wayne State University (WSU) in 1973, Althea began her career at an area hospital working as a dictation specialist. It was there that Althea was first introduced to a hospital social worker and quickly realized that a career in medical social work was her calling. 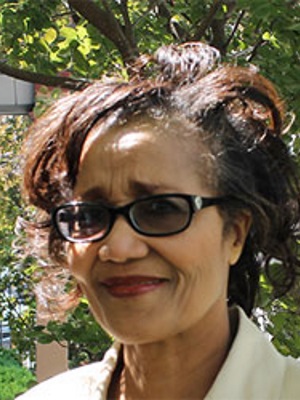 Althea chose to continue her studies at WSU and earned her master's in Social Work (MSW) in 1975. As an MSW student, Althea was assigned to the Home for Black Children and the Veteran's Hospital for her field placements. She loved her experience at the hospital and found that her MSW training allowed her to not only connect with patients and their families on an individual level but also gave her the opportunity to help them navigate the many systems they encountered. "Empowering veterans and their families through their healing journey was extremely rewarding for me," stated Althea.

Throughout her career, Althea worked in numerous social service positions including as an adolescent psychiatric social worker, private consultant, expert court witness in sexual assault cases, and guest lecturer of sexual assault and domestic violence prevention programs. The bulk of Althea's career, 29 years, was spent at the Detroit Police Department Rape Counseling Center, which is now named the Detroit Police Department Rape Victim's Assistance Program. Althea quickly moved up the ladder and was promoted to director after working for the program for only one year. Althea witnessed first-hand the change in societal perceptions of rape and sexual assault. Althea and her staff worked closely with community partners and Detroiters to increase awareness around rape and sexual assault and transition from a victim-blaming mentality to one of survivor support. With time, Detroiters rallied and saw the need for, and value of, the Center. When the Center began receiving state funding for its work in the late 1970's. Althea knew that she and her fellow social workers were gaining traction in spreading their message and offering increased access to those in the community.

Althea credits the School with teaching her how to work with others while keeping her emotions in check when disagreements arose on the job.

Throughout her career, Althea has stayed connected to her Warrior roots and the School. Since 1985, she has held several part-time faculty positions at the School, including serving as a faculty advisor, teaching undergraduate and graduate-level online seminar courses and currently works with the School's Field Education Office placing second-year master's students in child welfare field placements.