Wayne State University’s School of Social Work Assistant Professor Luisa Kcomt recently received a grant subaward of more than $120,000 from the National Institutes of Health (NIH) for a project she is co-investigating, “Sexual Fluidity and Longitudinal Changes in Alcohol Misuse and Associated Health Consequences.” 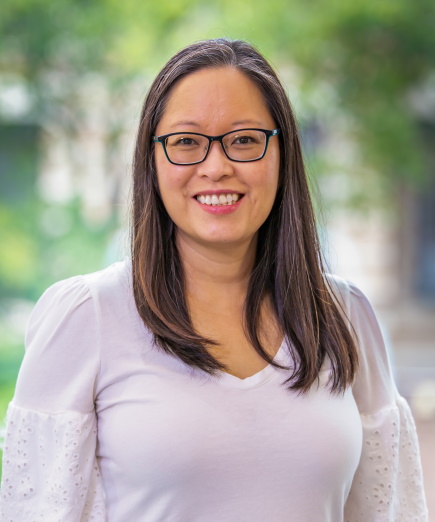 “We will examine whether alcohol misuse trajectories during this eight-year period differ by sexual orientation, particularly among individuals whose sexual identity may change or remain stable over time (sexual identity fluidity or stability) and individuals whose sexual identity is discordant or concordant with their sexual attraction over time (sexual orientation discordance or concordance). Our goal is to provide new information to improve assessment, prevention, screening, and intervention efforts targeted towards reducing alcohol-related consequences among sexual minority populations,” said Kcomt.

This study will examine six waves of data over an eight-year period amassed in a national, population-based dataset called the Population Assessment of Tobacco and Health (PATH), which consists of 45,971 adolescent and adult participants in the U.S.

Kcomt will be working alongside Rebecca Evans-Polce, a research assistant professor at the University of Michigan’s Center for the Study of Drugs, Alcohol, Smoking and Health, also known as DASH. Evans-Polce will be the study’s principal investigator.

The grant application process took many months and required persistence and collaboration.

“When news finally arrived that our grant was awarded, we were all ecstatic! It was a tremendous team effort. Serving as a co-investigator on this project means that I have the opportunity to establish a track record and become part of the network of NIH investigators.”

Other members of the research team from the University of Michigan School of Nursing include Sean Esteban McCabe, professor and director of DASH; Phil T. Veliz, research assistant professor in the Applied Biostatistics Laboratory, and Sport, Health, and Activity Research and Policy Center associate director; and Carol J. Boyd, professor emerita, Deborah J Oakley collegiate professor emerita and DASH founding director. Both McCabe and Boyd mentored Kcomt while she was a post-doctoral fellow at DASH.

Evans-Polce said she hopes their research will help “to better understand changes in multiple sexual orientation dimensions across the life course and how these changes impact alcohol use and health. We will identify modifiable risk and protective factors for alcohol misuse ranging from individual stress levels to state-level protective policies for sexual minorities. We expect this work will inform intervention and treatment efforts for alcohol misuse, with the ultimate goal of reducing alcohol-related health disparities among sexual minority individuals.”

Other research studies Kcomt has led or co-investigated include studies on tobacco and alcohol use among transgender youth and adults. She is also credited with establishing a national network of children’s bereavement camps. These camps provided grief support to children and their parents/guardians.

Her experience as an immigrant helped shape her career path.

“My parents are originally from China, and they emigrated to Peru, where I was born. They were working class immigrants in search of a better life for their children. They have made many sacrifices to help their children succeed. My success today is part of their legacy.”

As the research team prepares to move the study forward, it’s clear Kcomt has the support of her colleagues, such as former mentor and study co-investigator, Carol Boyd.

“Dr. Kcomt is a true scholar – intellectually curious, open-minded, and professional. Every interaction with her is exciting, she challenges my own thinking, and makes me a better researcher. I am grateful to count her as a colleague.”

Kcomt echoes her sentiment: “It is an honor to serve as a member of this research team.”

Ultimately, Kcomt is focused on closing the health gap for vulnerable populations.

My clinical experience motivates my research on substance misuse and substance use disorders. I want my research to inform prevention and intervention strategies for vulnerable and marginalized populations. - Luisa Kcomt