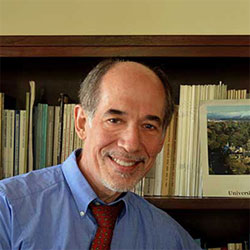 Note: Professor Brandell retired after 28 years on the Wayne State Social Work faculty in May 2020, and has been named Distinguished Professor Emeritus.

Brandell, who was appointed Distinguished Professor in 2008 by action of the WSU Board of Governors, has previously held several administrative appointments within the School of Social Work. In 2017-18, he served as interim Dean, and was also Associate Dean for Faculty Affairs (2018-19), as well as Interim Associate Dean for Academic Affairs (2011-12 and 2016). Brandell taught full-time at Wayne State from 1992 - 2020. Previously, he held faculty appointments at Boston University and Michigan State University. He has been a visiting professor at the Zurich University of Applied Sciences, Zurich, Switzerland (2014, 2016), Lund University School of Social Work, Lund, Sweden (2010), The University of Canterbury, in Christchurch, New Zealand (1999), and National Taipei University, Taipei, Taiwan (2019). He has led workshops and lectured widely on clinical topics in the United States, as well as in Greece, Crete, Spain, Sweden, China, France, Israel, Switzerland, Taiwan, and New Zealand. Brandell also teaches in the Professional Development Program at The University of Chicago, School of Social Service Administration, and is a faculty member in the postgraduate training course at the Michigan Council on Psychoanalysis and Psychotherapy. He is a past recipient of Wayne State University’s Distinguished Faculty Fellowship Award and the School of Social Work Award for Outstanding Teaching, and was a past recipient of The University of Chicago’s Edith Abbott Doctoral Teaching Fellowship. In March 2017, he was presented with the first-ever Selma Fraiberg Award for his contributions to the field of child and adolescent psychoanalysis at the 15th National Conference of the American Association for Psychoanalysis in Clinical Social Work, and in October 2017, received the Edith Abbott Award for Lifetime Achievement from the University of Chicago's School of Social Service Administration.

A practicing child, adolescent, and adult psychotherapist, and psychoanalyst, Brandell is also actively involved in clinical supervision and consultation. Since 2018, he has been a consultant to clinical staff at Wayne State’s Office of Counseling and Psychological Services (CAPS). He is the author, coauthor, or editor/coeditor of fifteen books, including Trauma: Contemporary Directions in Theory, Practice, and Research, 2nd Edition (Columbia University Press, 2019); Of Mice and Metaphors: Therapeutic Storytelling with Children, 2nd Edition (Sage Press, 2016), Essentials of Clinical Social Work (Sage, 2014); Theory and Practice in Clinical Social Work, 2nd Edition (Sage, 2011); Psychodynamic Social Work (Columbia University Press, 2004); Attachment and Dynamic Practice (Columbia University Press, 2007); Celluloid Couches, Cinematic Clients: Psychoanalysis and Psychotherapy in the Movies (SUNY Press, 2004); and Countertransference in Psychotherapy with Children and Adolescents (Jason Aronson, 1992). In 2020, Cognella released a significantly revised and expanded third edition of his 30 chapter text, Theory and Practice in Clinical Social Work. Brandell is the (Founding) Editor-in-Chief of Psychoanalytic Social Work (now in its 27th year of publication), and also serves on the editorial board of Clinical Social Work Journal. In 2001, he was recognized as a distinguished practitioner by the National Academies of Practice.

Brandell balances his academic and clinical interests with a life-long passion for musical performance. A former student of Oliver Nelson and Joe Daley, he periodically plays alto, tenor and soprano saxophones with a big jazz band in the Ann Arbor area, and has also led his own small jazz group.

Spearheaded by Professor Brandell, the Wayne State School of Social Work hosted a performance event in celebration of Wayne State's 150th Sesquicentennial on Thursday, April 5, 2018. The Jazz, Blues and Social Justice event brought together faculty, staff, students, alumni and friends to explore the intersection of jazz, blues and social justice in Detroit and across the U.S.

View photos of the event and an event video